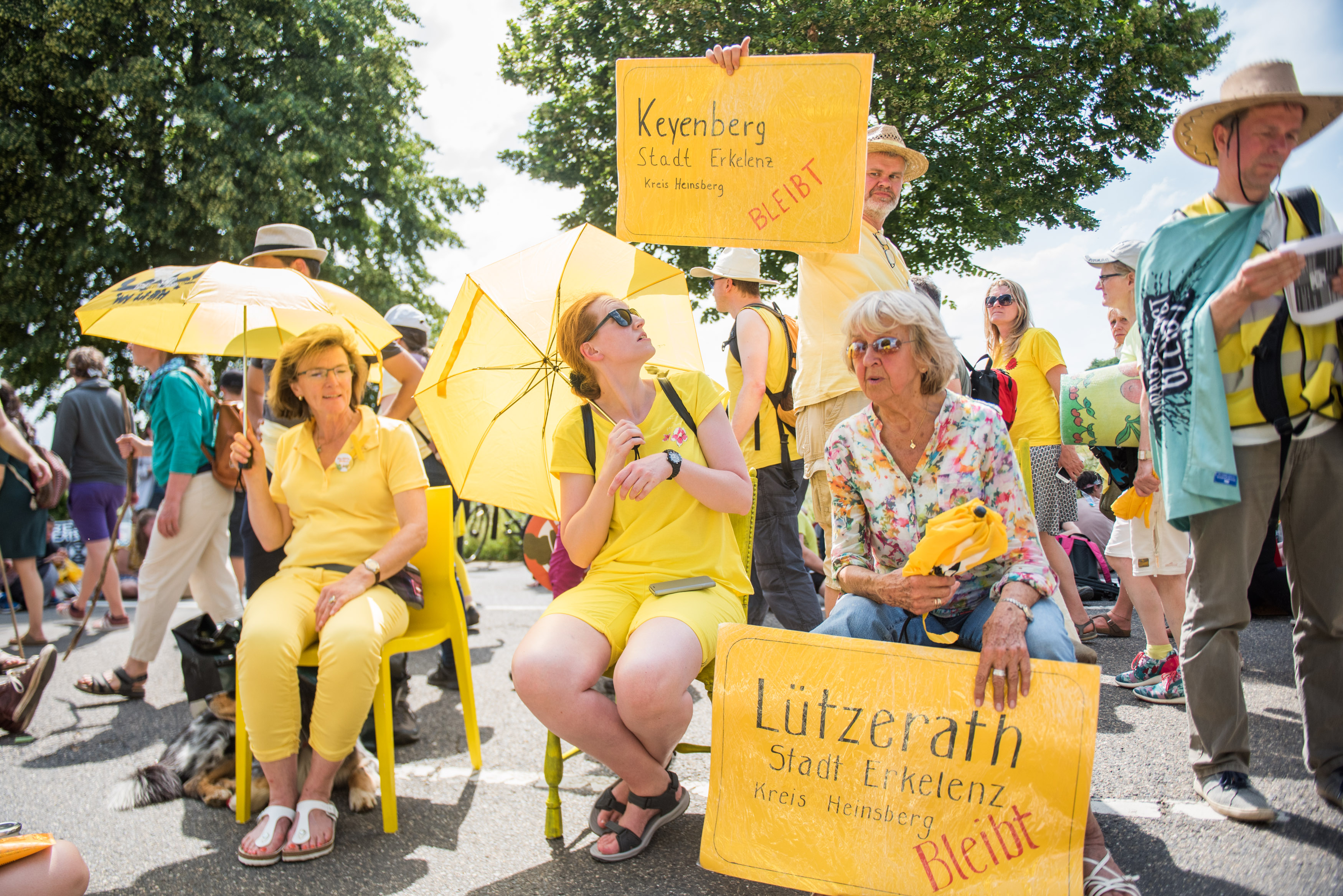 Many organisations and people are exerting pressure for the coal phase-out and against the demolition of further villages, as shown here in 2019 at an action day at the Garzweiler open-cast mine. Some of them are supported by the Bewegungsstiftung. 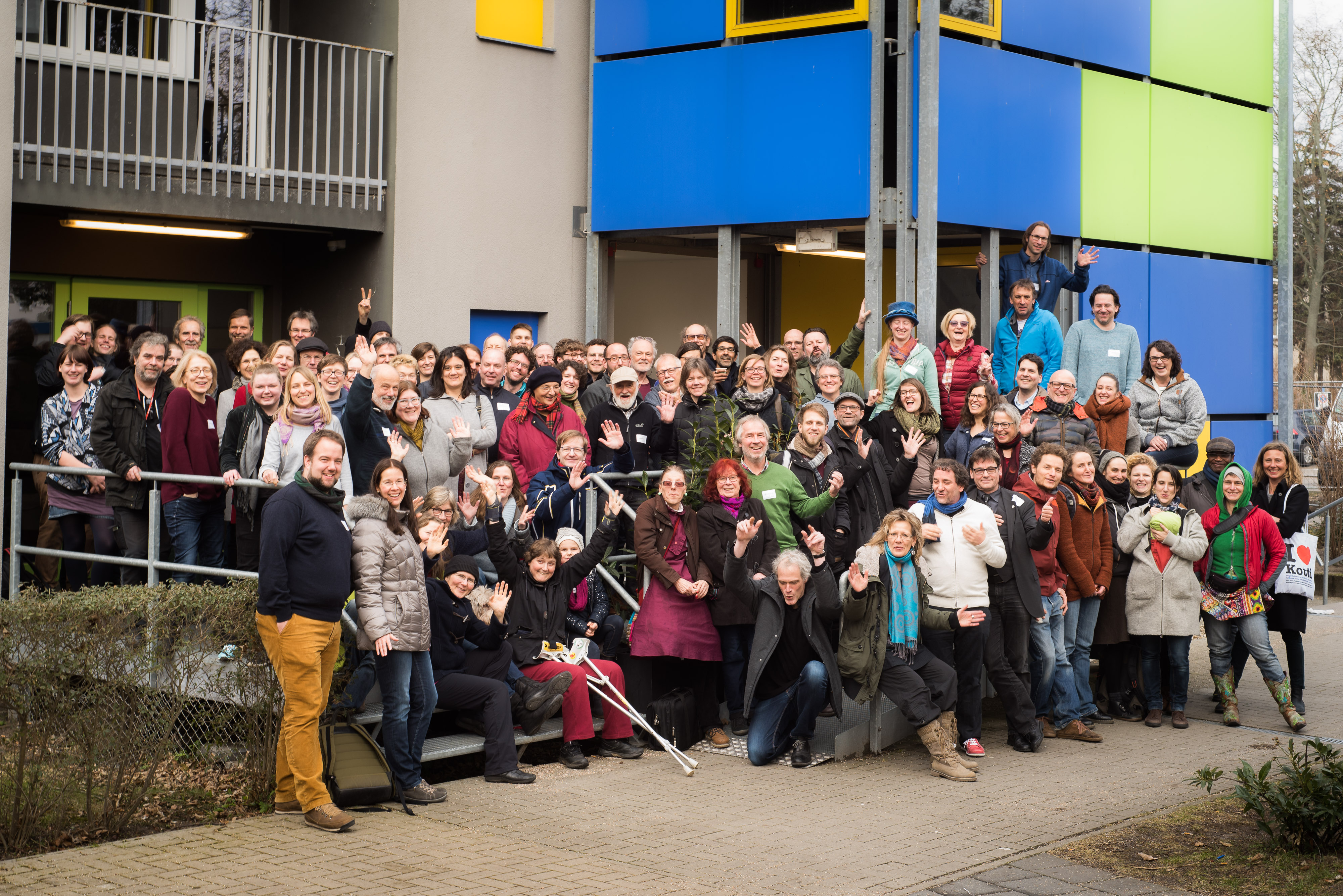 The annual strategy workshop in Berlin brings together endowment donors and activists from the from the funded projects meet to exchange ideas and learn from each other. 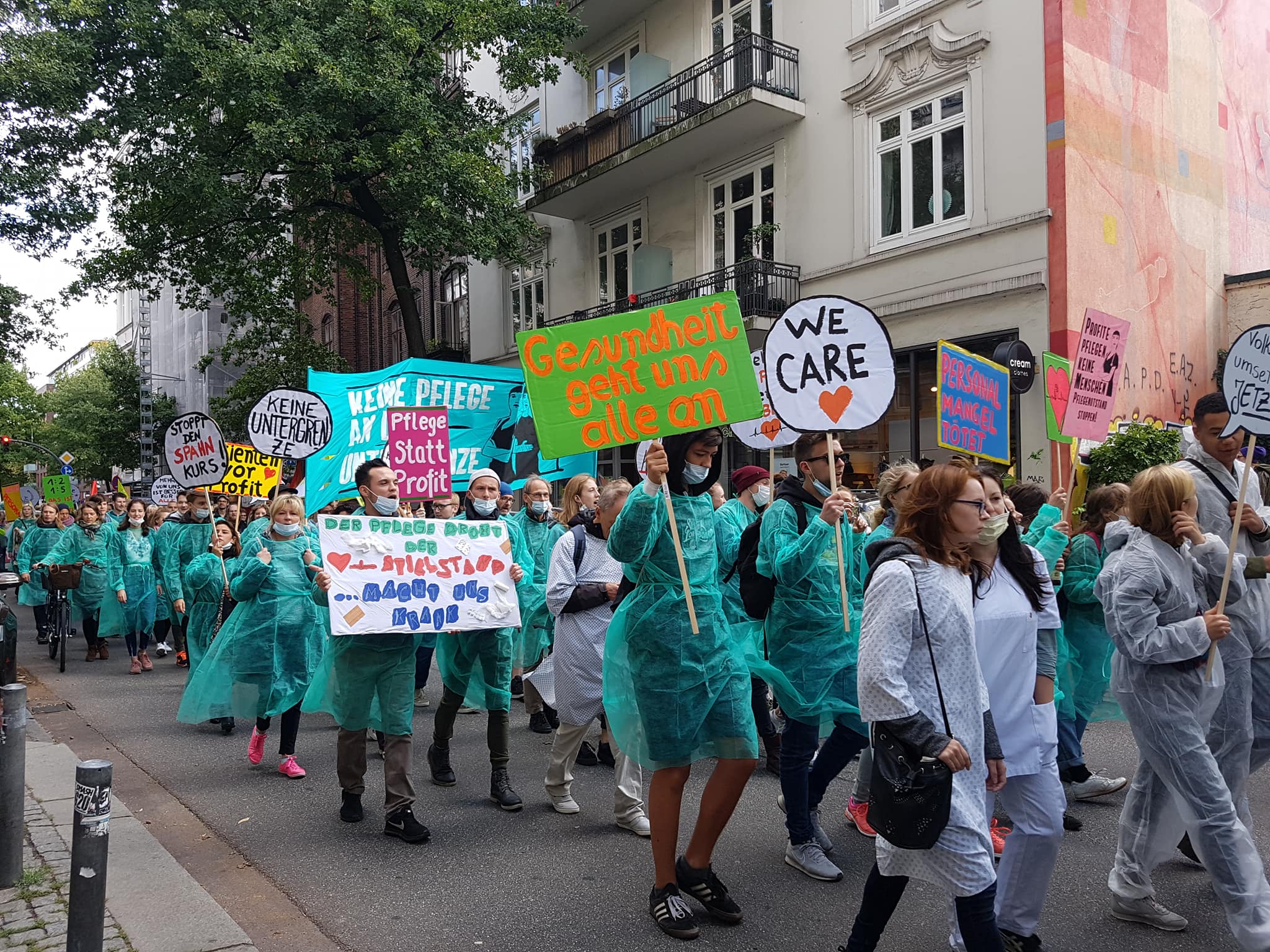 Care instead of profit: The "Hamburg Alliance for More Staff in Hospitals", which we support staff in hospitals" is fighting for dignified conditions for patients and employees. 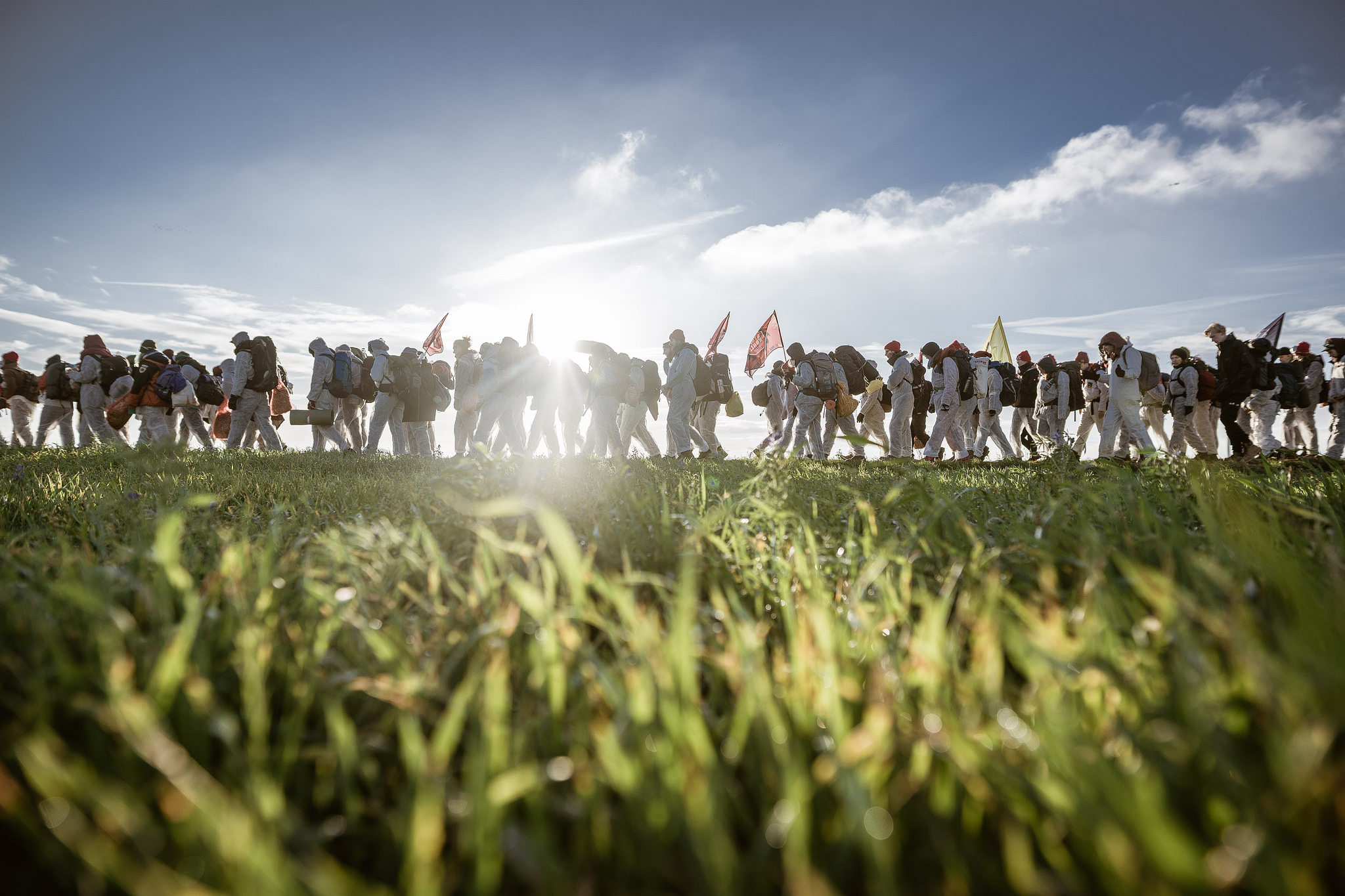 Climate justice now! Many people have been fighting for this for years, as like here at an action of the alliance "Ende Gelände" in the Rhenish lignite mining area. Bewegungsstiftung supports some of them as movement workers.

Since our foundation in 2002, we have supported social movements with almost six million euros. In this way, we have helped movements achieve successes of which we are proud.

Thanks to years of protests, the unspeakable paragraph 219a, which banned information about abortions, is finally being removed. The "Alliance for Sexual Self-Determination", which we promoted, also contributed to this success.

In future, people without a secure residence status in Germany should also be able to go to the doctor without having to fear deportation afterwards. The fact that this demand was included in the coalition agreement between the two parties is also thanks to the campaign "Equal Treatment", which we promoted.

Not every campaign results in a change in the law. Often, it is a matter of drilling thick boards, bringing an issue to the public's attention and putting pressure on the political decision-makers. A good example of this is the Seebrücke movement, which we support and which has mobilised tens of thousands of people to protest for a humane refugee policy since 2018. Their "Safe Harbours" initiative, which has now been joined by over 200 cities, makes it clear: We have space! This increases the pressure on the federal government.

The whole of Germany is talking about affordable housing thanks to our funding project "Expropriate Deutsche Wohnen & Co". The campaign is fighting for a socialisation of large real estate companies in Berlin in order to stop the rent madness and is giving the government a leg up with a referendum.

The fact that politicians are under massive pressure to act on climate protection is thanks to all the people and organisations who have been campaigning for climate justice and a coal phase-out for years and many of whom we support. All these movements have not yet reached their goal. But they are tirelessly pushing their issues forward.

The power that social movements can unleash is shown by an example that is already ten years old: After the Fukushima disaster in 2011, our donors supported mass protests that contributed to Germany finally phasing out nuclear power.

Bewegungsstiftung and its donors speak out when it comes to wealth, non-profit and ethical investment. We call for a critical discourse on the influence of foundations and argue for more transparency. We give interviews and write guest articles in newspapers and specialised media.

In addition, some of our wealthy donors speak out about the taboo subject of wealth, call for more redistribution and thus provide important impulses in the debate on social justice. Some donors have launched the #TaxMeNow appeal in 2021. In it, they call for higher taxation of wealth to enable more opportunities and participation for all.

Good to know:
All Facts and Informations